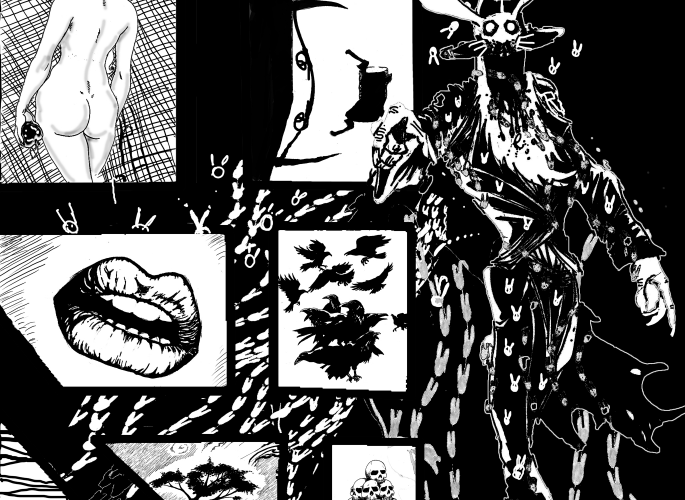 We have an update on the 2nd Volume of the Wake Snake Death Dance 7-Inch Series Volume #2. The official release date is Friday, April 13th with a release party at recordBar in Kansas City, Missouri. Pre-orders will be mailed out Saturday, April 7th. The two new tracks are “The Tree of the Knowledge of Good + Evil” and “Pesky Serpent”. Both songs were written by Ike Sheldon of The Wilders with arrangements by Mark Smeltzer.

Note: As of February 2018, all of the blood red vinyl copies of Vol. 1 are sold out, but we still have some copies of the black vinyl available. The bundle package from this point on will contain the black vinyl issues of Vol. 1 (not red) and the bundle price has been reduced slightly as a result. Congratulations to everyone that snagged a limited edition copy of the blood red, these things have been selling quickly.